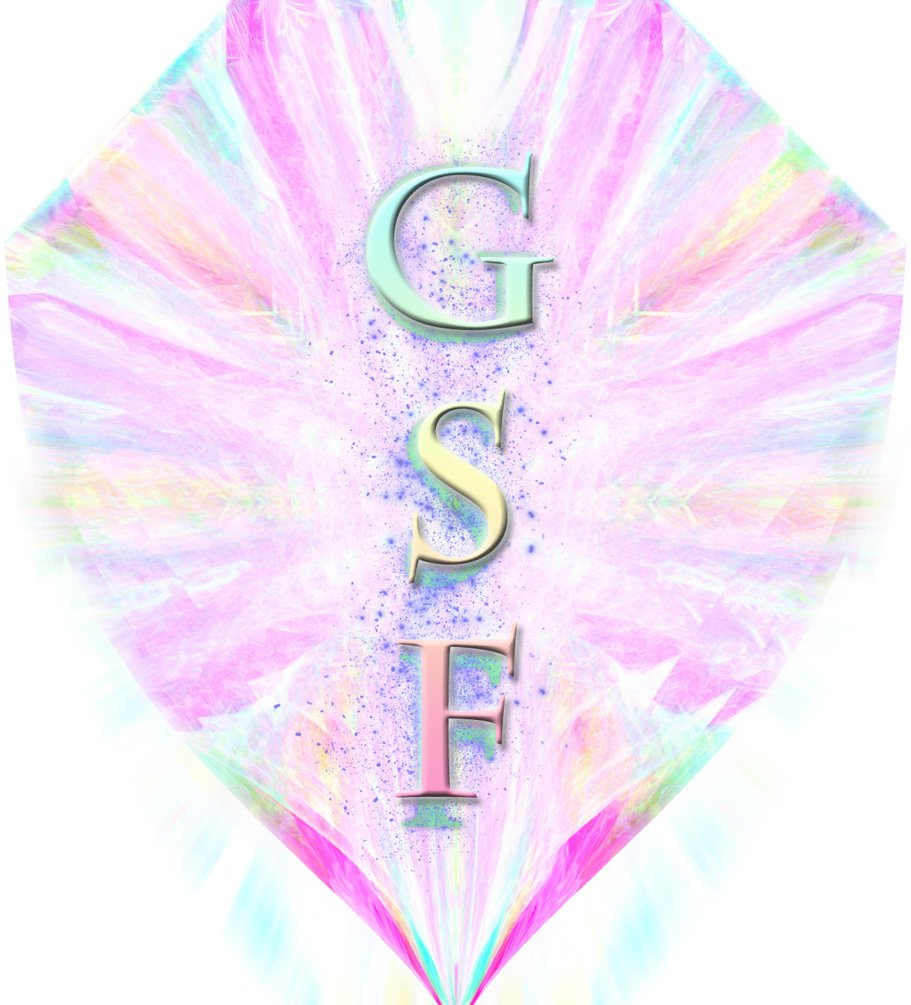 Certain areas on the earth that are weakened through the damage and bifurcation in the Timelines, will simultaneously increase energetic chaos which amplify descending energy pockets. At this time, many of us may be re-assigned to a new demographic or place of residence, because our timeline mission with certain areas of earth are expiring. We have completed a cycle in the timeline and our new residence will reflect a higher degree of value exchange and energetic balance to support our foundation to the next stage of our spiritual mission. This means some of us will actually be guided to stabilize in a certain area, and the nomad stage will end. We are needed to be physically located and stationed in certain areas of the planet, in order to environmentally harmonize and work with those particular fields and coordinates.

The descending pockets on the earth grid will collect the many Fallen Angelics and NAA entities that are currently refusing eviction from certain locations or rehabilitation alternatives. The fallen entities are being culled into specific areas of the earth (mostly the descending areas) at this time as they are being evicted out of many areas of the planetary grid. At the same time they are refusing eviction, they are possessing human bodies and taking them over. This is happening in the descending areas and problematic grid areas more commonly. Fallen Angelics and Negative Aliens that have held certain powers over cities, counties, nations and planet Ley Lines are being challenged in their identities to prove their right to exist, and to justify the use of energy they have taken from the earth and others in that location.

Those entities that fail to answer to the Law are being evicted through being Read their Rights under Cosmic Sovereign Law, while simultaneously, their names are being recorded in the Book of the Law.

When evoking Cosmic Sovereign Law, one is evoking the Holy Father presence through Christos spirit to witness and preside over the circumstances. The Holy Father of God presides over the Book of the Law, so the complete actions and transgressions of all beings on the earth are being fully seen by the Holy Father consciousness at this time. Our body bears witness for our Holy Father in this way, when we are made a clear and pure vessel dedicated for his service. It is the Holy Father that knows the names and true identities of all entities, and when he calls them by name they must answer to him. Holy Father does not judge, however, Cosmic Justice is dispensed to bring balance to the consequence of the actions of each and every being, human or non-human. At the end of the time cycle we each finally meet our true maker, and we have to tell him (and ourselves) what we did in our life, and why we chose to do the things that we did. Nothing is hidden at the time of Life Review, which can happen while in our physical body or when we transit the body to another plane. We each undergo Life Review, and we see every detail of our life, our choices, the pain we caused, the love we gave freely and what our influence on the earth timelines actually created. No one is exempt from the Life Review, all entities in the Universe endure this process at the end of the cycle.

The Krystal Star Host is isolating problematic areas where extremely low frequencies of war, poverty and violence are rampant, in order to start to prepare areas on the earth surface that are strong and stable enough, in the electromagnetic field, to be evicted of violent forces. Currently that amplifies the bifurcation of frequencies, because the earth grid is dividing itself into parts that are stable and unstable. This has to happen systematically and according to what the earth’s Electromagnetic Field, including the collective human consciousness at that location, is capable of holding within its grid network to avoid surface cataclysm. The Krystal Star host is gaining strength in the planetary grid, however, problematic areas that are descending will increase in amplified energetic chaos. Many of the Fallen Angelics are being culled and directed into these areas when they refuse to be evicted, to accept rehabilitation, or to transit under Guardian Host. This is similar to isolating infectious areas through the process of containing them in certain designated areas.

Evictions and transits of those entities or dark forces trapped in the damaged grid areas in astral, phantom or Dead Energy spaces is required. The main areas of clearing out Alien Machinery, black magic gridwork, transiting entities and clearing out sections of the collective astral Pain Body were recently located in the Crystal Caverns of Central Mexico, as well as Giza, Oceania, Temple Mount, and the Syrian and Israeli border (33rd Parallel into Mount Hermon). Essentially, the Guardian Light Warriors have undergone an exhausting spiritual battle for defending Arc technology and Mother Arc Stargates, to retrieve access into underground networks that lead into the middle earth and inner earth domains. Starseeds have been working hard in every domain to clear out black magic grids so that these interdimensional links could finally be anchored in the Astral Plane fields and several phantom areas.

Thus, there have been evictions of many Black Magicians and Imposter Solar Christ identities, and the reclamation of Solar Christ genetics is occurring as the result of the Sun Disc Network connections being made into the Solar Logos. Additionally, there has been Guardian rehabilitation of the planetary heart network in the 4D-7D-10D Sun Disc networks and their relative Stargates, to remove the Artificial Tree of Life architecture from running AI signal, black magic reversals and projecting black hearts into the planetary grid. Recent Guardian projects included the reconnection of the Giza Solar Gateway to the Hatshepsut Temple and the Rosslyn Chapel Sun Disc Networks, which acts as a Solar Gateway, and was integrated into the grid network for supporting 4D-7D axiatonal line vulnerabilities.

Rosslyn Chapel in Scotland connects into the Princess Scotia story, which reveals African roots in Irish timelines sourcing from Egyptian history, of those attempting to hide Atlantian artifacts and other important spiritual relics. Scotia, the Egyptian princess was said to be the daughter of a pharaoh who fled from Egypt with her husband Gaythelos with a large following of people who arrived in a fleet of ships. They settled in Scotland for a while amongst the natives, until they were forced to leave and landed in Ireland, where they formed the Scotti. Their kings became the high kings of Ireland. In later centuries, they returned to Scotland, defeating the Picts and giving Scotland its name.

The crystal core underground activity triggered struggles for dominating territory in the inner earth and Median Earth Timeline, in which evictions and hidden military operations took place. In the loss of territorial control from shifting timelines, disgruntled controller factions attempted to lure certain lineages of ascending earth humans from the surface as a bargaining chip, similar to a hostage situation. These factions are attempting to deeply study the memories surfacing in starseeded people that are connected to the Guardian reclamation of Christos Mission that involves the fulfillment of the Paliadorian covenant. In essence, by reading the signature of the Starseed that is awakening to fulfill the Paliadorian Covenant, they reverse engineer the memories recorded in the timelines as it’s held in the DNA of that individual person. The purpose is to exploit all weakness and vulnerability in order to manipulate blind spots in which they can project out cloned versions or false realities, which the person or group believes are actually real. The intended goal is to subvert or control the consciousness memories, especially those in the ascension timelines related to Christos family Guardian mission. Generally, gaining control over a person’s memories happens when people are unable to discern the difference between the intense wounds or pain they carry, and these painful memories bond them to some false figure or false timeline. This is why it is critical we are self-aware enough to see our vulnerabilities that can become blind spots and are willing to do emotional healing through clearing the pain body or shadow work.

The offer is being marketed to the new age community as a method to manipulate those on the earth surface to believe that going underground, leaving earth, or going with escort to the inner earth timeline would be much more beneficial for them on the ascending path. This is an attempt of negative factions to use hostages to ride out of interdimensional access portals through the hijack of Indigo or Starseeded lines, as well as an attempt to gain control over timelines. The negatives promote fear that the earth surface will be destroyed and the human race will become extinct, which are lies and deceptions used to psychologically terrorize people into believing that’s true. Original angelic human DNA holds the consciousness record in a natural bio-spiritual internet and are the dimensional keys in the timelines that unlock dimensional doorways throughout the time matrix. It is important to understand that an awakening and ascending earth human with higher activated DNA, holds extreme value to these NAA factions.

The Guardians caution all ascending people to be awake and aware to take good care of ourselves and not accept hidden or secret offers that are glamourized as personal tickets to a promised land for special people. Whether it is an offer to go to Mars, offers to be in secret space programs, or offers to travel underground, please be aware that the benevolent and independent forces working to free humanity are not involved in these recruiting schemes, in which there is a high likelihood that it involves galactic trafficking.

Those of us involved in the Christos Mission, may have received more aggressive attempts to ensnare us into anti-Christ Consciousness Traps that are set by these same factions who are attempting to gain control of these areas through the manipulation of artificial timelines, cloned versions and holographic inserts. Guardian teams have been working in the Crystal Caverns and were involved in secretly rescuing underground hostages.

May Perfect Peace be with your heart,