By Mayan MissionsRIGHT ON Q, the 93rd DAY cycle (18 day period) of the ninth wave commences on 2 April in the energy of STORM. Out of the darkness of night and from the call of the primordial mother birthing energy of the 92nd NIGHT (18 day period in DRAGON/Imix), and into the LIGHT of […]

via The Rockefeller Foundation Coronavirus Script — Patriots for Truth

December last year, now is that not when the virus showed up? Just saying. Haleman 11.1K subscribers Chat with us on discord: https://discord.gg/UEgzRud

Source: Arjun Walia IN BRIEF The Facts:President Donald Trump signed into law a pair of bills designed to boost wireless and broadband networks: the Secure 5G and Beyond Act and the Broadband Deployment Accuracy and Technological Availability Act. Reflect On:Why has the president not addressed or even acknowledge the concerns being made by many scientists […] […]

via Donald Trump Signs The “Secure 5G and Beyond Act of 2020″ Into Law — Nwo Report — Life, Death and all between

1. Zeros out all credit card, mortgage, and other bank debt due to illegal banking and government activities. This is the Federal Reserve’s worst nightmare, a “jubilee” or a forgiveness of debt.
PROOF – PARTIALLY – DUE TO COVID AND INDIVIDUALS SHARING THEIR DEBT FORGIVENESS.

CARES Act (for businesses) is the first sign of Debt Forgiveness

TRUMP ANNOUNCED HE WANTS TO.

3. Abolishes the IRS. Employees of the IRS will be transferred into the US Treasury national sales tax area.

TRUMP HAS DISCUSSED THIS.

4. Creates a 14% flat rate non-essential ‘new items only’ sales tax revenue for the government. In other words food and medicine will not be taxed; nor will used items such as old homes.

6. Returns Constitutional Law to all courts and legal matters.

Trump Appointing a Historic number of Judges to uphold our constitution

7. Reinstates the original Title of Nobility amendment. Hundreds of thousands of Americans under the control of foreign powers will lose their citizenship, be deported to other countries, and barred from reentry for the remainder of their life. And millions of people will soon discover their college degrees are now worthless paper.

8. Establishes new Presidential and Congressional elections within 120 days after NESARA’s announcement. The intern government will cancel all “National Emergencies” and return us back to constitutional law.

Trump declared National Emergency on March 13, 2020  TRUMP HAS DECLARED NATIONAL EMERGENCY AND SINCE THEN, HE IS (PUBLICLY) MOVING AT LIGHTNING SPEED.

11. Forbids the sale of American birth certificate records as chattel property bonds by the US Department of Transportation.

65. Under the New Republic the Federal Reserve is closed.

66. Under the New Republic the IRS and corrupt judges will be
dealt with.

67. Under the New Republic the Bar Association and all US
attorneys will have to renounce their Bar Oath to the
Temple Bar of London and become lawyers, but they can’t
be considered attorneys anymore.

68. The individual governments of the 50 states will remain in
place.

69. The North American Union is now done. (2) Washington
D.C. has been dis-incorporated.

15. Retrains all judges and attorneys in Constitutional Law.

EO on Reserivists on Active Duty

71. The New Republic Military is in the process of reclaiming
all military installations.

17. Establishes peace throughout the world.

19. Enables the release of over 6,000 patents of suppressed technologies.

20.  Intitiates first phase or prosperity distribution of vast wealth accumulated for many decades.

COVID RELIEF IS NOT NESARA BUT SIGNS LEADING IN THIS DIRECTION.

Individual Proofs are shown in this Twitter Feed.  These are individuals that are sharing of their Debt forgiveness.  There is no time frame announced and these incidents are from the select few.

CARES Act (Covid Relief Bill) Page – What to do next? 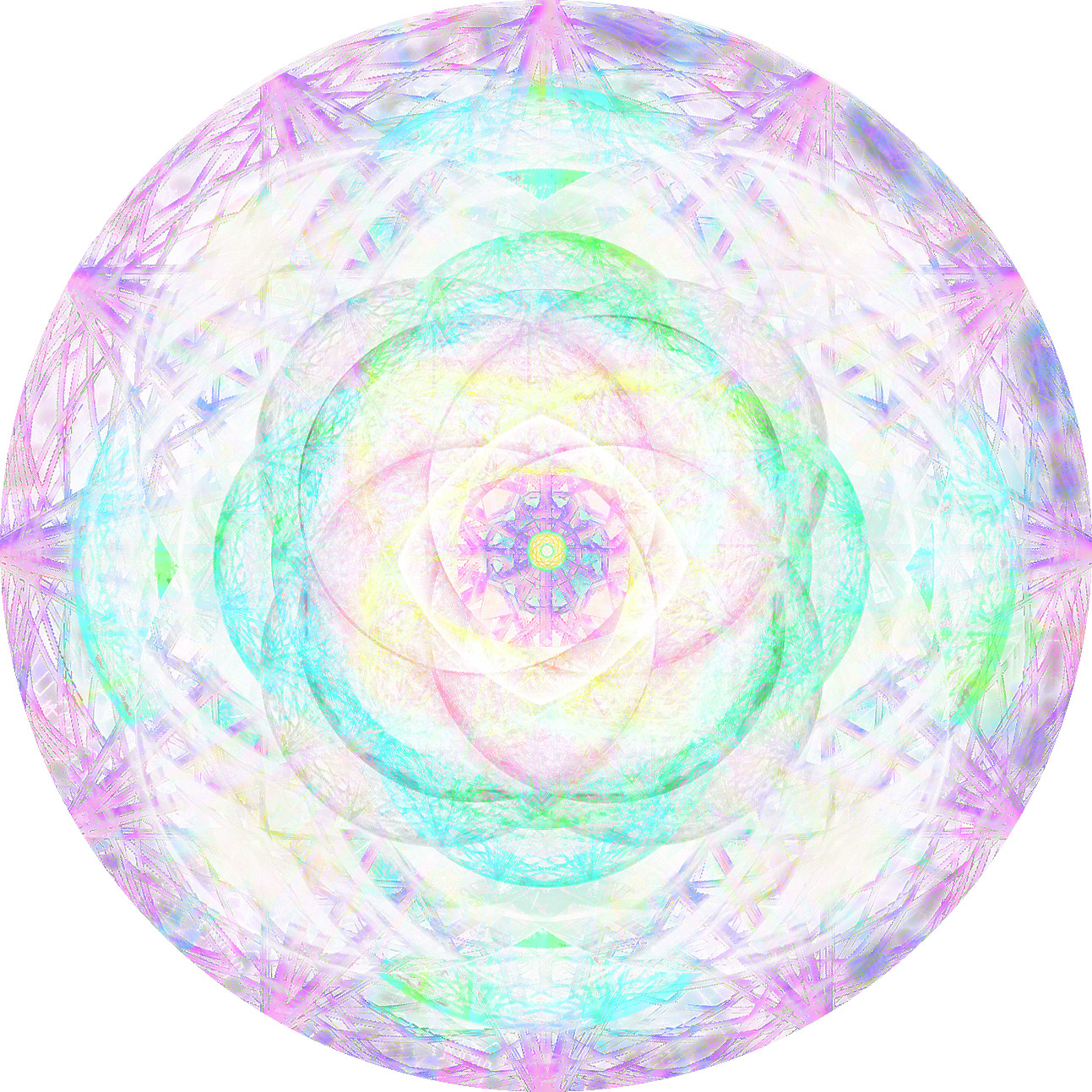 During these times learning how to slow down and achieve a relaxed state of mind is of vital importance, especially when retraining and clearing out our subconscious mind programming. The simple truth is that when we rid our body and mind of destructive habits and useless distractions we create more balance, which naturally manifests more grace and ease in our life.

Our brain and our mental body is much more effective when we have slowed down and works more optimally when we are in a relaxed state and calm atmosphere, because this is the natural state of our core spiritual essence. All forms of mental anxiety, stress, and over intellectualizing makes our mind speed up to having too many thoughts at once, and this overwhelms and clouds our Discernment, causing us to make poor impulsive decisions. To make contact and communicate with our subconscious layers, as well as our super consciousness layers, we need to go slower in order to reach a totally relaxed Meditation state and stay fluid within the energies. Energy bodies behave like waters moving in an ocean or river, if we can sense our inner energy when it meets the outer energies, we can navigate the surrounding waters by paying attention to the energy flow. We go with the flow in a state of relaxed fluidity. If we are moving too fast and not paying attention to the energy flow, we can get carried in the current of stronger forces in a sudden and unexpected tidal wave and this is when we get hurt or injured.

Thus, it is important that you learn to induce a simple meditative state in yourself, where you become the observer and are incredibly relaxed, and yet you are alert, not so relaxed that you fall asleep. Obviously, this state is not for when you are doing heavy physical exertion, but in the majority of your waking life, you can be in this relaxed state of fluidity paying attention to how the energy feels around you, while doing simple tasks or at work completing responsibilities. Using single focus and staying presently focused on the task in front of you, while naturally adjusting to the energies that are making subtle changes to the environment. In the early stage of developing Meditation skill we have to sit, relax and learn to observe the thoughts passing through without having attachment to them. Once we notice the thought pattern, we let it go and bring our focus back to the now moment. The next stage is adjusting to the energies inside you and outside of you. Each of us must find the most natural state of being for our body that feels good in the energetic flow, and not let our mind interfere with that natural state of calm and equilibrium. In our natural state, our inner self will strongly align with the outer self to bring harmony and wholeness between the inner and outer.

Also, we need to know how to stay as calm as possible even when under great stress in the moment. Stress causes our body to enter a heightened state of reactivity due to the release of hormones and Neurotransmitters when we’re feeling overwhelmed and stressed out. So, remaining calm and slowing down, even during potentially tense situations can establish a sense of powerful stillness that will help your mind stop racing from one thought to the next.

To be effective we need to establish a peaceful mind-set before concentrating on any one thing, especially when facing conflicts or challenges. General fluidity and relaxation of both the mind and body will greatly improve higher sensory perception development and build spiritual communication links, helping to bring more ease and clarity for problem solving. When a person is fluid and relaxed, their Energy Receivers are open and more receptive to guidance and creative resolutions. Listen to your body, treat your body with care and make corrections when you feel tense, by returning back to a state where your bio-rhythm feels relaxed and open. With practice you can discipline your mind and emotions from overwhelming your effectiveness in a range of social settings. The more we dis-identify from our need to control the external influences and learn to allow and accept situations we have no control over, the more quickly we can adapt and stay relaxed while addressing stressful situations.

As many of us in the spiritual community are fully aware, we must move out of the Subconscious Programming and Mind Control conditioning of the 3D way of existence and be hypervigilant to constantly refocus ourselves into higher states of being. Expressing unconditional love, Compassion, gratitude, appreciation, and the Spirits of Christ, are great sources of higher states. Knowing that love, heartful presence, being in alignment with nature, and being an authentic and caring human are the simple keys to ensure our success in every way to rebuild our lightbody. May we inspire others who may come into contact with us, to know the truth in the path of unconditional love, as it is the only path of spiritual freedom!

Who Holds the Spear Holds the Destiny Senior Executive Services NEUTRALIZED! Virginia Governor Issues Statewide Stay Home Order Until June 10th DC issues stay-at-home order, threatening up to 90 days in jail for violators More than 225 MILLION people are now on lockdown: Virginia, Maryland and South Florida and D.C. IRS orders office evacuation, affecting most agency employees Destroy the Enemy Communication Channel Democrats PANIC as Trump Polls 10 POINTS HIGHER than Election Day 2016 Secretary Mnuchin Explains the Details for Small Business Financial Relief The Flood Begins: Treasury To Sell Over A Quarter Trillion Bills In 48 Hours Wuhan Coronavirus: Italians seek ‘war damages’ from China Biggest Deception On The Whole World End Game Plan QUATERNARY WEAPON SYSTEM Activated Before Each Coronavirus Cluster Explosion A Word About the Horrid Spike in Unemployment Claims and Why it’s Even More Horrid Than it Appears Princes Charles 70+ somehow recovered from coronavirus The Economic Depression Of 2020: Many Of The Restaurants, Bars And Retailers That Have Closed Will Never Open Again Florida Will Check New York Drivers at State Line on I-95