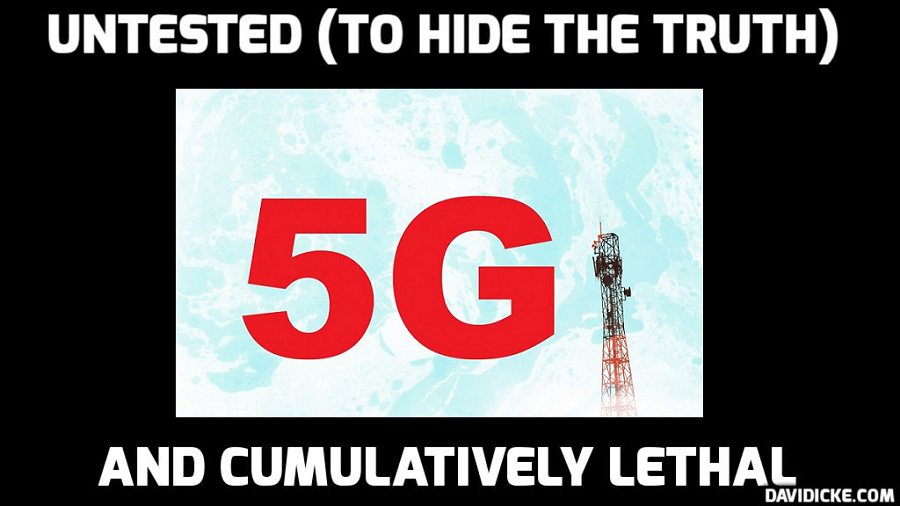 Taking back our immediate environment in a positive and life-centric way is a significant step. —
>>Click here to gain IMMEDIATE ACCESS to the 19-page, 7 Essential Ways to Make Your Home Safe from 5G and EMF Radiation eBook now!

When you unlock this gift, you’ll also save a seat for the free, online 5G Crisis: Awareness & Accountability Summit taking place on June 1-7, 2020 — over 40+ experts teaching you more about EMF and 5G dangers and how to implement better solutions in your community! You can truly get started on better health today! [closing salutation] P.S. Don’t miss out on Josh del Sol’s powerful, 19-page eBook, 7 Essential Ways to Make Your Home Safe from 5G and EMF Radiation grab it now!

Learn the unbiased truth from the world’s leading independent experts and the steps to implement better solutions in your community!

Benjamin Fulford April 20 2020 The so-called coronavirus pandemic has now been definitively traced to 5G electromagnetic attacks, multiple sources agree. In order to stop the hardliners and prevent all-out war, an active hunt has begun for all industry executives and oligarchs involved in the 5G rollout, Western and Asian secret intelligence sources agree. The […]

The Conscious Resistance Network Presents: This 96 minute documentary exposes the truth behind the global “Race to 5G.” Table of Contents: Introduction Chapter 1: The Electromagnetic Spectrum and 5g Chapter 2: The Concerns Around EMF’s and 5g Chapter 3: The Big Wireless-5g Takeover Chapter 4: Solutions Transcript and Sources: My name is Derrick Broze. For the past […]

via The 5G Trojan Horse: What You’re Not Being Told | Documentary — Truth11

By The Conscious Resistance This 96-minute documentary (below, at the bottom of this post) will expose the truth behind the global “Race to 5G”, the health, privacy, local power concerns, and the corruption between the Big Wireless industry and the U.S. government. Table of Contents: IntroductionThe ElectroMagnetic Spectrum and 5GThe Concerns Around EMFs and 5GThe Big […]

One of the key aspects of the case involves evidence of an estimated $1 Trillion scandal — yes, Trillion with a “T”. In one of the largest “bait and switch” crimes of all time, telecoms have been collecting subsidies to pay for fiber to the home, and giving us 5G instead. The amount of illegal cross-subsidies has been estimated at $60 Billion per year for 15 or more years. Continue

Yet in the space of only a year since we first heard about the impending catastrophe that is 5G, the message has spread virally through the alternative and social media.

Since US Senator Blumenthal dealt a major blow to the telecommunications industry by definitively establishing that no safety studies have been done, the bad news on 5G just keeps on coming. At least 21 US cities have passed ordinances restricting “small cell” installation, and many are charging “recertification fees” to make it unprofitable for the wireless industry.

And the UK-based microwave weapons expert Barrie Trower reports that 17 mystery countries are taking steps to avoid getting 5G.

While the EU eagerly promotes the rollout of 5G, a new EU report admits that 5G is a massive experiment, lamenting that:

“[T]he problem is that currently it is not possible to accurately simulate or measure 5G emissions in the real world … concern is emerging over the possible impact on health and safety arising from potentially much higher exposure to radiofrequency electromagnetic radiation arising from 5G.”

The EU report goes on to set out the dangers:

“Increased exposure may result not only from the use of much higher frequencies in 5G but also from the potential for the aggregation of different signals, their dynamic nature, and the complex interference effects that may result, especially in dense urban areas.”

Meanwhile, a court in France has recognized electrohypersensitivity (EHS) as an occupational disease that can be developed also from exposure to levels of radiation that are considered to be safe by the government.

No one wants 5G but the telcos

5G is beginning to look like an unwanted orphan. Everyone who hears the truth about it shuns it like the plague. Even most of its proponents clearly have no love for it.

In his Palm Beach neighborhood, President Trump and his fellow billionaires are not having any of it. None of the EU institutions in Brussels are having it (European Commission, Council of the European Union, European Council and the European Parliament). And its very enablers, the UN and its WHO and ITU are not going to be having it in Geneva, either.

Watch for moratoria being declared in Washington, D.C., home to the FCC; and Munich, nearby home to ICNIRP. Either would be an obvious indicator that the game is rigged.