Pay Attention! — If You Want to Save Your Butts!
https://www.newhumannewearthcommunities.com/tda_accounts/pay-attention-if-you-want-to-save-your-butts3879736

Sign In America – National Debt Relief
You are Eligible for Credit Owed to You
https://www.newhumannewearthcommunities.com/sign-in-america-national-debt-relief.html

Withdraw Consent To Be Governed 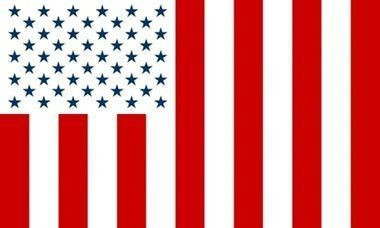 Are you New To This Information? Get Up To Speed Fast!

By Anna Von Reitz
The War Powers Act has nothing whatsoever to do with the actual States of the Union nor the People of this country.  Likewise, the Reconstruction Acts concern only the “reconstruction” of Federal States of States. Not States of the Union.
Two different things.  Apples and oranges.  American and “US”.
The Lieber Code and all the rest of it applies only to  “US citizens” — that is, Federal Civilian and Military employees and their dependents. Just like any other corporation’s administrative “codes” and “polices” apply only to the employees of that corporation.  This is not rocket science and it is nothing that we don’t already know as a result of dealing with other commercial corporations every day.
So, if you aren’t actually getting a paycheck as a Federal Civilian or Military Employee or Dependent, what in the name of Charles Bronson are you doing claiming to be or wanting to be a “US citizen” of any kind?
Once you realize that — and know for sure that the rest of us realize it, too–a great many other things fall into place.
The War Powers Act is applicable to the Territorial Military Government under contract to our American Government and all its “US Citizens” in the same way that the laws of Mitsubishi Corporation apply to Mitsubishi employees, but not to the owners of a Mitsubishi motorcycle.
You are still mistaking the Federal Government for the American Government, and they are not “the same” and never were.  The Federal Government, including the Territorial Branch of it, is under contract to provide services to our States as clearly explained in all three Constitutions.  The Territorial and Municipal Branches of the “Federal Government” both operate as commercial corporations, like General Electric and IBM.  Hello?  Hello?
The American Government — our States of the Union — created the Federal Government to provide stipulated mutual services.  We did not create it to rule over us.  We did not give our employees carte blanch to boss us around and abuse us in the name of protecting us.
And we are not naturally “US Citizens” of any kind.  We are not receiving a paycheck from the corporation.  We are not obligated to wear a uniform.  It is not our “duty” to serve the corporation, it’s the corporation’s duty to serve us.
We are the employers and the “US Citizens” are the employees.
So, we’ve got a whole lot of people misidentified as employees of the Federal Corporations — Americans who are wrongly being taxed and bossed around and held to the Public Policies of the Federal Corporations who are in fact customers of the corporations, and not employees at all.
It’s like being commandeered by J.C. PENNY.
You and your idiot buddies are stomping and ranting and trying to say that we should consent to this and we should just comply and be nice little US citizen slaves for Wall Street —when we own Wall Street and don’t have to live as slaves.
There is nothing sacred about US Citizens or US citizenship sum total. For the vast majority of  Americans, it is not a beneficial political status to be in.
If an American decides to go to work for the Federal Corporations providing our States with services — federal civilian and military contractors — that’s fine. They need to obey every jot of their Federal Corporation’s policy and code or quit their jobs.
Not the rest of us.
The rest of us are being unconscionably imposed upon and pillaged, using the excuse that we were somehow all transformed into “US citizens” without our knowledge or consent— and all as the result of falsified registrations misidentifying us as “US citizens” and  all done “for” us by our “US citizen” employees.
That is not a service we authorized the Federal Corporations to do “for” us.
That is called kidnapping, shanghaiing, mischaracterization, impersonation, and press-ganging.
And you are telling the victims not to take action to free themselves from this outrageous criminal “presumption” of “US citizenship”?
And pretending to be their friend and giving them good advice?  Bushwah!
Here’s my advice:
Any American who can expatriate from such a false and foreign political status as presumed “US citizens” should immediately do so without a backward glance.  Then you can start telling your employees — all those actual “US citizens” — what their job really is.
—————————-
See this article and over 1500 others on Anna’s website here: http://www.annavonreitz.com
To support this work look for the PayPal button on this website. 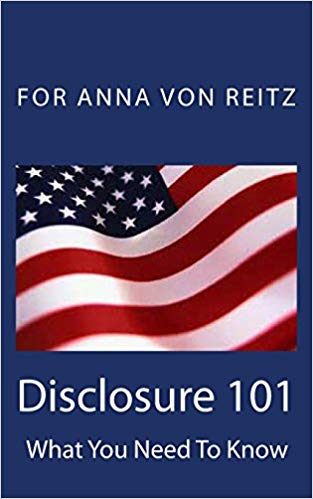 WHAT IS SOVEREIGNTY?
It is the inherent right and prerogative of a civilized people to rule itself, and to dictate all of the forms
and conditions of the institutions it sets up to carry out this rule.
WHAT IS DE FACTO GOVERNMENT?
The state and federal government is a corporation and therefore the Congress, State Legislatures, City
Councils, Municipalities and all State and Federal Courts are corporate entities posing as
Constitutional branches of government.
The delegates to the first Federal Convention prohibited the use of corporations by all governments
representing the American Republic. Therefore, all of these corporate governments and their corporate
laws are a usurpation of the organic Constitution of the United States of America. All State
Governments are now sub-corporations of the Federal Government, making all Courts and all law
enforcement personnel, corporate federal agencies or employees.
Corporations are privately owned businesses, meaning that the Corporate United States belongs to one
or more private individuals, which is always governed by a Board of Directors. The Corporate United
States is privately owned by a group of European Royal and Elite individuals tied to the Federal
Reserve System and the letters of incorporation are recorded in the Vatican. The President of the
United States is actually the CEO of the United States and the Congress and all others are corporate
employees. Everything they do is in the interest of the corporate owners!
Continue…

I have been asked to comment on all the various “Patriot Group Efforts” out there and that is a tall order, as they have been springing up like mushrooms.  Part of this is due to people jerking awake and thinking, “OMG!  We have to do something!” so they start “doing something”.

Do you own your land? If you are paying a yearly rent (property taxes) then you have a feudal title, and you are a serf on the land that you do not own. If you do not pay the taxes, they sell it from under you, and do an Unlawful Detainder action, which is used […]

via Do You Really Own Your Land? — sovereigntyinternational