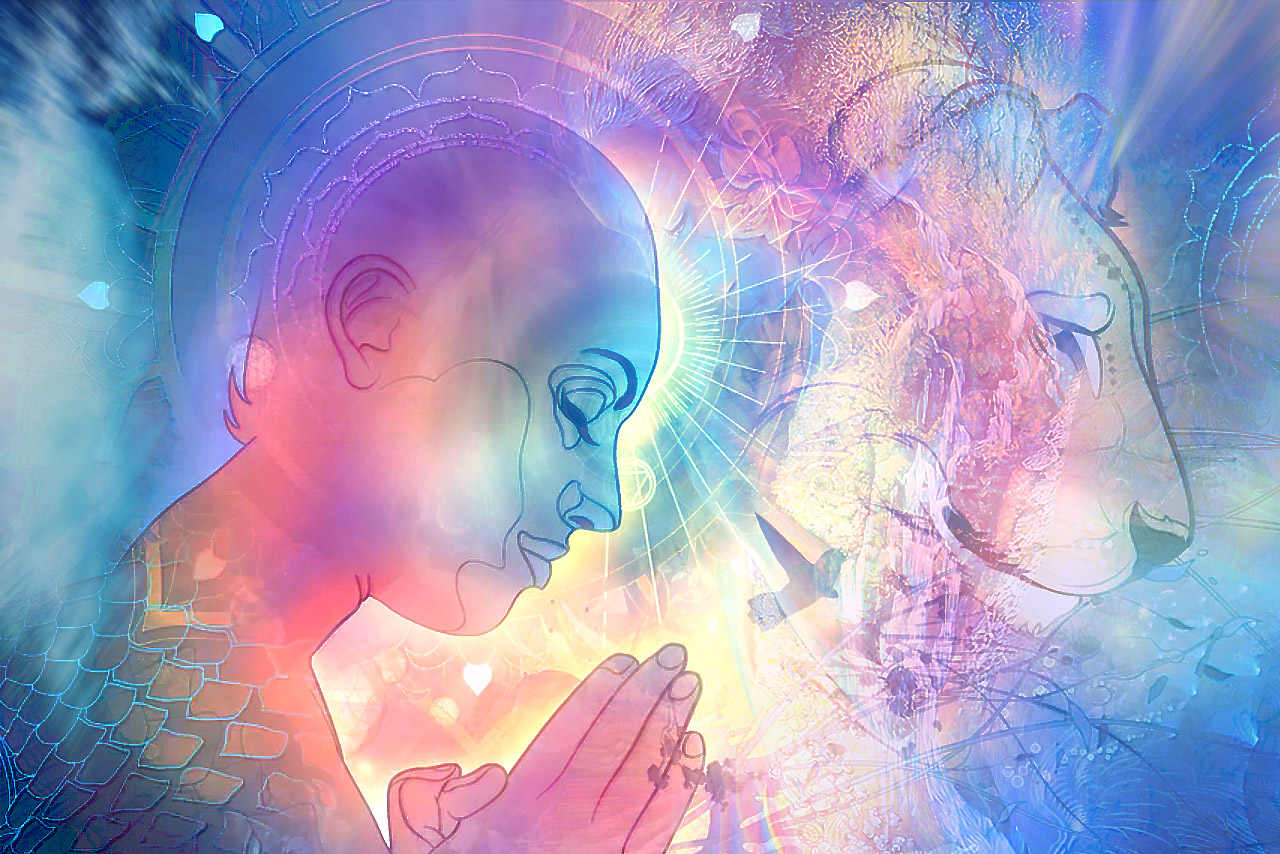 We share this world with many other life forms that we can physically see, and not physically see, yet these life forms are not included by mainstream science as life forms having sentient intelligence, or as entities that have souls. How would the ideas of moral nihilism and the death culture be impacted if humans could feel the pain they create in others and feel the suffering consciousness of every living creature? To deeply experience the fear and pain created when that creature is brutalized at the hand of others, to feel the pain of living creatures when they die exposed to extreme states of cruelty.

And to know that this pain and cruelty does not leave when the body is killed, it stays there in the land, in the sentient field right where the act of brutality occurred, until unconditional love cleanses it.

In truth, this is my greatest wish that all humans on the earth that brutalize others through their own destructive actions, could feel the painful results they have created in the world around them. The immense suffering we see in the world is caused by their own choices to repeatedly carry out destructive actions, such as treat people and living things with disdain and cruelty. Once you truly know how intense the suffering, the genetic deterioration and slavery that is caused in this world, a sane person does not want to create any more harm. This has nothing to do with mental judgments of right or wrong, or self-indignant morality – it is a Universal truth.

Imagine we lived in a world where all people wanted to live in harmony with the Natural Laws and there was no concept of money used as a control system to enslave others. Therefore, all people were treated with love, dignity and respect, to be equally educated in creating balanced and holistic lifestyle with others. Others who also choose to live in a world based in love, peace and unified cooperation, where everyone is supported to actualize their greatest evolutionary potential and inner creative genius.

Imagine we lived in a world where fundamental human needs were the basic right for all people of the earth, and that the global society worked together to co-create a more benevolent and peaceful world, a world without war, mass murder, slavery, religious violence and tyrannical oppression. That the world’s highest goal was to apply humanistic ethical philosophy blended with Universal principles of the Law of One to expand consciousness, which inspires that these Fundamental Human Needs are necessary and to be met for all human beings on the earth.

Imagine that we co-created a world where humanity placed the highest value on ethical conduct in authentic leadership and only allowed those spiritually developed and compassionate people that consistently demonstrated honesty, integrity and trustworthiness in communications and truth telling, who were competent in their areas of expertise, to be of service to the population. Our leadership would not perform actions opposed to their understanding or have understanding or personal knowledge which was used to exploit others. Their personal actions in the outer world would match their true inner self and genuine thoughts. People could see when deception or lies were being presented and so then, people could no longer lie to others. The role of leaders combined activities are coordinated to lead the people to unified goals based on the same core humanitarian values. These true humanitarian leaders and visionaries could help bring in the learning sanctuaries that are available to all people, and would focus on uniting others, wholeness, healing, self-leadership and fulfillment for everyone in the community.

Our learning, healing, creative arts and spiritual sanctuaries would be dedicated towards humanities higher knowledge and furthering consciousness development and exploration, would have unlimited resources to give to the future development of our children, species, and to support the unique purpose and consciousness signature that is inside of each person. Imagine that all people are valued for their unique contribution and from birth, have the available resources to develop and expand themselves in their unique areas of interest or fields of expertise.

Imagine that our communities and societies are founded upon organizational policies and programs that are based in shared humanitarian values of co-creating World Humanism, shaping our communities through modeling behaviors such as:

World Humanism is based in the re-education of human value, which emphasizes the importance of shifting anti-human ideological beliefs such as the death culture, into humanist based ethics and related philosophical and egalitarian principles. All human beings deserve humane treatment in order to live upon the planet with dignity, with basic access to meet their Fundamental Human Needs. Our goal is to apply humanistic ethical philosophy blended with the spiritual egalitarian principles of the Law of One to expand consciousness, which inspires direct knowledge or “Gnosis” of direct consciousness and awakening experiences.

Mainstream Humanism defines itself distinctly as the disconnection of the human being from its inherent spiritual-energetic intelligence or Soul, in an attempt to remove the concept of Humanism away from the learned bias and practices of religion. It is impossible to separate humanity from its sentient Soul body, and truly practice an ethical based Humanism aligned to Natural Laws. Once direct knowledge of the sentient soul consciousness is known as a reality, this fact is experienced without the need to control others through religious bias, or conform to religious rhetoric or scientific atheistic judgments.

Ascension essentially encompasses a Universal perspective towards the compassionate practice of World Humanism and includes the entire spectrum of life, of all inhabitants of the world no matter what race, religion, belief or creed, to be equally deserving of benevolence, empathy and compassion.

These are some of the clear examples of how other advanced races beyond our Solar System co-exist and live together, that are actively participating with the Intergalactic community and Interdimensional Free Worlds. The inhabitants of earth are fully excluded, until these global problems of destructive violence and world suffering are directly acknowledged and steps are taken for disclosure. Disclosure is what is required to end wars, and stop directing covert and overt militant weaponry that is used to mind control the population, as well as perform senseless killing.  It is true that based upon the clear evidence of continued violent warring, weaponry and destructive behaviors, some in the Intergalactic community believe the people of the earth are criminals and hybrids that should remain sequestered in this system of consciousness imprisonment. Many are wary and distrustful of the people that come from the earth. I hope someday the people of the earth will rise to change that perception.

With a Loving Heart,