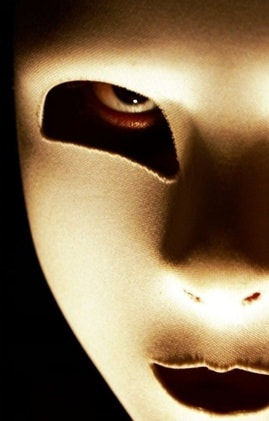 If you care about human freedom and sovereignty, please take a minute and sign this petition against the alien invasion of this world.

​Your voice maters!
“Though the visitors have a superior technology, the success of their entire mission rests upon their ability to persuade and to encourage human allegiance. You have the power to resist this. You have the power to see through the deception.” — Allies of Humanity
Competition for power and influence in the universe is not that different than it is here on Earth. Powerful beings and organizations play the same game. They compete for land, resources and influence. Most of all they compete for your mind.
The most complete victory is when you’ve convinced your adversary that they never should have opposed you in the first place. The alien invasion is hard at work trying to make this a reality. The false meme that aliens are here to help us grow spiritually and to protect our planet’s ecosystem is an opening salvo in the war for our hearts and minds.
Humanity can defeat the alien invasion. Do not let anyone tell you otherwise. The situation is not hopeless. Indeed, we have great strengths and advantages that we can draw upon. Here are three of many reasons why humanity will defeat the alien invasion:
Strength In NumbersLike the natives of the New World being discovered by aggressive Europeans, our adversaries are far more organized and technologically advanced than we are. Nevertheless, they are a tiny expeditionary force. The Aztecs could have easily defeated the Conquistators had they clearly understood the reality of their situation. Such is the challenge and opportunity of our times.
If enough of us rise up against them, they will have to fall back and reconsider their plans. Humanity must become very honest about this situation. It must become a topic discussed at every dinner table. Is there anything more important than this? Entering a Greater Community of life is the greatest threshold a race can take. Get the word out: aliens are here and they must be opposed.
Biological AdaptationNatural evolution has blessed us with millions of years of biological adaptation to this world. It is very easy and natural for our bodies to inhabit this environment. We take it for granted. While it is true that aliens have visited our planet in the past, on a biological level they are complete newcomers. Bacteria and viruses that your body wouldn’t even sneeze at could easily kill them. They could even spread and destroy an entire alien civilization.
Aliens want this planet for themselves but they need us to operate here on their behalf. Exterminating the human race would not serve them. The ease with which we can operate in this environment is a huge advantage for us. It is the reason why aliens have been so slow and meticulous in their approach here.
Spiritual PowerHumanity is far from perfect but it is not a hopeless race. In many ways, we’re far ahead of the aliens flying around our skies at night. The greatest power in the universe is not technological or mental. It is spiritual. Alien worker drones abducting humans are no match for an advanced practitioner in the ways of Spirit. The alien invasion does not even know of this power. It is our greatest hope.
One that has reclaimed his or her relationship with Spirit can simply Know. The alien invasion’s deceitful manipulation would easily be discerned. The very weakness they continuously use against us – our ignorance – could be surmounted. Becoming a bridge between our Ancient Home and the physical reality of Separation allows one to express spiritual power in the world. If many humans cultivate this strength, it will pose a great danger to the machinations of the alien invasion.
ConclusionWe live in the most important time in human history. The freedoms we so cherish are at stake. Become a contributor to your race. Get the word out. Keep learning:

frequently releases new updates. Be the first to get them by . We’re all in this together.
http://alieninvasion.org/3-reasons-humanity-will-defeat-alien-invasion/

The Focus of the Alien Invasion

This extraterrestrial Intervention is focused on influencing humanity in four main arenas:

• It is influencing individuals in positions of power and authority to cooperate with the Intervention through the promise of greater wealth, power & technology.

• It is creating hidden establishments in the world from which the Intervention can exert its influence in the Mental Environment, seeking to make people everywhere open and compliant to its will through a “Pacification Program.”

• It is manipulating our religious values and impulses in order to gain human allegiance to its cause.

• It is taking people against their will, and often without their awareness, to support an interbreeding program designed to create a hybrid race and a new leadership who would be bonded to the “visitors.”

Yes, humanity has a great challenge to face now, but we still have an advantage if we can respond in time.

One of the Alien Invasion’s weaknesses is that it is relying on our acquiescence and cooperation. If we make their presence public, if enough of us speak out, then according to the rules of engagement in our local region of space, they must withdraw. In order for them to succeed they must make it look like we want them here, that we approve – and they are very cleaver at influencing people to defend them and promote the deceptions that are in play. It is a complicated situation but it’s very simple if you can see this clearly.

The Allies affirm that, as humans, we have the spiritual and collective power to do this and that we must do this if we want to survive and advance as a free and independent race in the Greater Community.

You must know the truth, Visit www.AlliesOfHumanity.org for more information.