Is the Truman Show based on truth? The Truman Show – Under the Dome If you’ve ever seen the movie The Truman Show, you can see how it’s a lot like waking up. Waking up to this fake reality that we find ourselves living in. News stories are completely fabricated and are crafted to instill […] 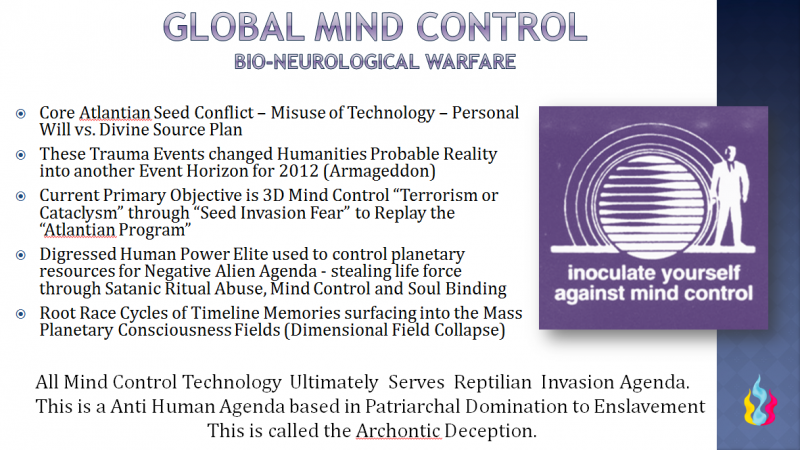 Whoever controls the Mind controls the body, mind and Soul. Alien Implants are used to Mind Control the masses to form socially acceptable belief systems and shape anti-human value systems which are used to condition humanity to accept spiritual abuse from the Negative Aliens and to self enforce their thought systems of hierarchical enslavement and fear. This is a divide and conquer strategy of the planet and humanity.
Since most of humanity has been unable to activate the higher heart complex and connect the 4th DNA strand during adolescence and into adulthood, over the length of time the chemicals distort patterns in DNA that accumulate Miasmatic overlays on core emotional issues and physical imbalances. This is not natural. If a human being cannot activate their heart and access their 4th strand of DNA they are unable to activates their Soul identity. Thus, they are unaware of why they they incarnated on the earth, what their higher purpose is, and cannot connect to or listen to their Higher Self, because they have not activated Higher Sensory Perception abilities.
Alien implants work in the human body similarly as the chemical process of geo-engineering that is spraying chemtrails in the skies to manipulate or control forces in physical matter. The construction and raw substances used in Alien Implants are vast and some unknown, they can be made of biological material, synthetic material, etheric substances in the Lightbody or programmed nanobots (Nanites) used in Artificial intelligence technologies. Alien implants are a bio-engineering technology designed to shape the human body into the Mind Control submission to NAA agendas, while chemical (nanoparticle) geo-engineering is used to control the weather by harming the ozone layer and create excessive methane gases.
In both examples, when the foreign (unnatural or artificial) material is introduced to the natural body it disrupts the electromagnetic energetic balance and the homeostatic rhythm of the body. Many times it runs a low level EMF or Radio Waves signal that is designed to disrupt the human bodies natural homeostasis and electromagnetic balance. This puts the body in hyper-immunity state and/or adrenal exhaustion while fighting off the “invader”. The body develops coping mechanisms to deal with the foreign invader while extreme stress is placed on the central nervous system, brain and immune system. As with chemtrails, alien implants most generally act as a “metallic” frequency overload and exposure to impact the overall bodily energies and its auric field. Eventually this disrupts the body organism and as a result, parasites, fungi, yeast and other microorganisms become overgrown and imbalanced in the body. It is important to understand that energetic parasites (this is just one byproduct of alien implants) eventually manifest turning into a variety of physical parasites in the human body. Physical parasites impact all bodily functions, mental body functions and thought-forms, induce emotionally hysterical states, as well as promote disconnection from the inner self and spiritual energies. If the body is heavily implanted, and therefore parasitic, anti-parasitic therapy such as cleanses or fasts are highly suggested to regain energetic balance in the homeostatic organism of the entire body, mind and spirit. If you are new to cleansing please research to help inform yourself of the phases of cleansing the bodily internal organs to help you regain energetic balance and energetic health.
Introduction to the HGS Alien Implant Module
Contents

Alien Machinery
For those of us in the Indigo and Krystal Star families, it is important to understand Alien Implants are Artificial Machinery, inorganic and is being used in the planetary field and collective mind for Mind Control purposes. The vulnerability is that “collective viral program” influencing or interfering with our personal natural bodily and nervous system processes. Mental and emotional disease creates energetic blocks which lead to physical disease patterns. Alien implants and their Archontic Deception Behaviors contribute to disease physically, emotionally, mentally and spiritually. Alien machinery and their mind control implants make us sick in a variety of ways.
Crucifixion Implants
The purpose of the artificial cross architecture (See Crucifixion Implants)is to enslave humanity through the crucifixion and blood sacrifice of their inner spiritual being or Christ self. Religion was created by the NAA to keep these cross implants and their religious belief systems of Mind Control in place, so that, humanity would live in fear of the retribution from his False Father Alien God. This Archontic controller mechanism Archontic Deception Behavior was to keep humanity subservient to the continual feeding of their False Gods Vampires. One of the most prolific ways to feed the bloodthirsty vampires is mass killing in wars, especially in the name of God or Religious Violence. This is blood sacrifice which in all cases is Satanic Ritual Killing SRA which feeds Satanism as well as Satanic forces to spread on the earth. The NAA entities are in the majority a Satanic force, so this way of life of blood sacrifice is aligned to their vampiric killing mentality.
SPE Suppressor Parasite Entity.
SPE Genetic artificial intelligence AI drones or Archons sent by higher ups in the Negative Alien Agenda NAA and those that are sourced from the Imposter Spirit force. They are mind and body parasites. They are generally sent to Starseeds, Indigos to suppress them from coming online with their higher abilities.
Sexual Mind Control Implants
The name of the game for the NRG is propagating and feeding highly destructive addictions and deviant sexual attitudes and behavior within the global human population. This is a part of propagating the Sexual Misery program along with the Victim-Victimizer. Its first priority is designed to relegate all sexual activity laced with guilt and shame into the lowest forms of human expression and perversion possible. Depending on accepted cultural attitudes it will use the perceptive level of access to serve the current societal paradigm into distortion. (In Muslim countries it can be the Genital Mutilation, honor killings, legal killing of raped girls or women by being left in the desert to die by their own husband, or the selling of little girls to prostitution in Thailand, Catholic priest pedophilia in the Vatican, Sadistic or masochistic fetishes in Germany. These harvested sexual energies all feed back into the same NRG Grids matrix and feed the Sexual Misery programs) See NRG Implants.
Holographic Inserts
The Dead Light matrices also reflect the Artificially Bent Light “Holographic Inserts” (which contain the controlled versions of the nature of this reality, such as Crucifixion Implants) and these are also shattering and exploding systematically into the outer fields of the planet. These are false realities (artificial holographic inserts) that we have thought were “real” and then developed mental beliefs that held that specific version of reality and its Timelines kept in place. As these false realities are shattered into pieces (for those maintaining energetic balance in this explosive terrain), we can read the signature of those “Dead Light” pieces that reflect the nature of its disease and its schism. Holographic Inserts work like a software program.
Alien Implantation is Reptilian Ownership
Many people on this earth carry an assortment of fragments, attachments, ancestral beings, alien implants, Fallen Angelics, and potentially one or more alien hosts as a result of hybridization, Miasma, karmic bloodlines, or alien abduction. Mind Control programing and their holographic inserts, allow the consciousness body of the individual to be infiltrated through the energetic signature of the alien implant. Mind control programs enforced through alien implantation, and their entity attachments or possessions, are two sides of the same coin. The energetic signature of the alien implant will depend on the genetic and consciousness relationship that person has, to the entity that has placed the implant in their human target. Many of these entities believe that humans are their personal property, so the alien implant will have specific information from the extradimensional source of the species that have “laid claim” to that individual, family line or group. [1]
Tracking Important Releases of AI Implants