20 churches were burnt down last night.

And tonight, want to destroy, more than 200 churches in “Olisabang province”. They want to kill 200 missionaries within the next 24 hours.

All Christians are hiding in villages…. Pray for them and send this message to all Christians you know Worldwide.

Ask God to have mercy on our brothers and sisters in India. “When you receive this message, please urgently send it to other people. Please pray for the 22 Christian Missionary families sentenced to be executed by Islamist in Afghanistan.

Pls PASS this as fast as u can so that many will pray!!!

Now; The Islamist group (ISIS) just took over “Quaragosh”, the biggest Christian city in Iraq. There are hundreds of men, women and children that are being beheaded. The people are asking for Prayers to be made on their behalf concerning the ongoing atrocity in their country.

Please take one minute to pray for them.

Pass the message across to all your contacts so that the prayer chain will not be broken. They asked for this special prayer. Please, ensure you pass across the prayer request to the body of Christ for fervent prayers offered on behalf of the brothers, sisters and children in Iraq.

This is an urgent SOS message please. Thank you for your concern.

May the Lord bless you and your family and always send help your way. Amen. Forward as received, please

1) I am the true vine, and my Father is the husbandman.

3) Now ye are clean through the word which I have spoken unto you.

4) Abide in me, and I in you. As the branch cannot bear fruit of itself, except it abide in the vine; no more can ye, except ye abide in me.

5) I am the vine, ye are the branches: He that abideth in me, and I in him, the same bringeth forth much fruit: for without me ye can do nothing.

6) If a man abide not in me, he is cast forth as a branch, and is withered; and men gather them, and cast them into the fire, and they are burned.

7) If ye abide in me, and my words abide in you, ye shall ask what ye will, and it shall be done unto you.

8) Herein is my Father glorified, that ye bear much fruit; so shall ye be my disciples.

11) These things have I spoken unto you, that my joy might remain in you, and that your joy might be full.

12) This is my commandment, That ye love one another, as I have loved you.

13) Greater love hath no man than this, that a man lay down his life for his friends.

14) Ye are my friends, if ye do whatsoever I command you.

15) Henceforth I call you not servants; for the servant knoweth not what his lord doeth: but I have called you friends; for all things that I have heard of my Father I have made known unto you.

16) Ye have not chosen me, but I have chosen you, and ordained you, that ye should go and bring forth fruit, and that your fruit should remain: that whatsoever ye shall ask of the Father in my name, he may give it you. 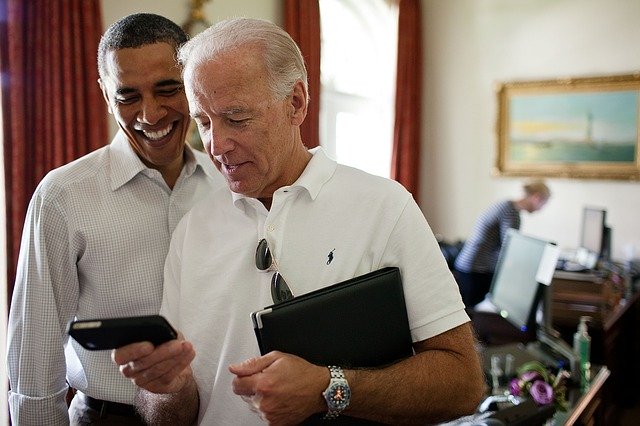 Obama Administration, and Bidens Were Told China Had Millions of People Quarantined In Slave Camps

by Anna von Reitz Torpedoes Away! — And a Great Unseen Danger My Shinola Sensor has been driving me crazy the last few days as it has been reacting to the news coming out of China. I have been scanning through every published medical and news report I can lay hands-on, and frankly, the […]

via Torpedoes Away! — And a Great Unseen Danger — Maine Republic Email Report

Remember my observation that the Brits are always, always, always at the bottom of every dog pile.  Always.  Without exception.  Wind your watch by it and take it to the bank:

But, occasionally, in their zeal to “maximize impacts” and get as many strikes in with one blow as possible, they overthink themselves.

Remember that the rats have attempted to relocate their operations to China?

The parasites decided to leave the US two decades ago and have been steadily relocating to China ever since, investing in China, corrupting the Chinese Government with bribes — like the outrageous offer to pay a gold head tax for voluntarily reducing the population — and beginning the frog boiling process on the Chinese Government, just as they did in Babylon, Egypt, Greece, Carthage, Rome…. and of course, the US.

Not too long ago, HSBC was well on its way to becoming the most powerful bank on Earth.

The venerable HSBC Holdings PLC is a British multinational investment bank  holding company that got its start in Hong Kong in 1865. Not coincidentally the same year that the Civil War ended, and Confederate Gold seized by British Privateers had to find a new home. The initials stand for Hong Kong and Shanghai Banking Corporation.

Stock down 33%.  All because of a virus that MI6 and Company unleashed.

Really makes you wonder which side they are on.  The Exodus to China has been halted, but at a terrific cost.

In the days to come this kind of profit and loss analysis will reveal who gains and who loses by the Corona Virus, and together with the patents, will tell us exactly who to blame and also, will suggest what motivated them.

The losses of some Brits through HSBC are, you can count on it, being offset by gains for other Brits and persons sitting on the mainland of Europe. No doubt there will be “US” beneficiaries of this atrocity, too.  We will be able to see with pinpoint accuracy who was in on the scheme, and which Master they serve.

For right now, take a look at this amazing statistic about the effect of war on the United States economy, taken from Prolegemena to Current Martial Law, cited from: The World Almanac and Book of Facts, 1993, page 127.

This shows the Average Annual Increase in Federal Receipts following upon each war:

After the Civil War: 997% increase

After the Spanish-American War: 19% increase

What this translates to is unimaginable profits — long term profits — for “the” United States of America franchise of the British Crown, all funded on our blood and our resources, and the blood and resources of other innocent people.

It is no longer any mystery why this country has been kept at war for the better part of two centuries, and why other countries have been made to suffer, too.

Quite simply, with corporate profits of this magnitude to be made, the mindless, faceless, immoral governmental services corporations — have every profit motivation to promote war and suffer no sure and certain reprisal for these activities, because the Pope/Pontiff has skirted his responsibility to revoke their charters and liquidate them.

And why, absent any common sense or vestige of Christian morality, would he do that, when these same parasitic and evil corporations are kicking back vast amounts of payola and political power to him?

No wonder these “Crazy Pigs” have been so fond of war.  They aren’t exactly crazy.  Just shameless and greedy and immoral and hypocritical and a whole bunch of other things I won’t try to list.

And now, we are about to find out exactly who they are, where they live, and what makes them tick.  That was hardly their expectation when they unleashed this scourge, but that is what will happen as an unforeseen result.

It’s a lot harder to kill innocent people when they are finally awake and watching what you are doing.

See this article and over 2300 others on Anna’s website here: www.annavonreitz.com