Source: Jewish Noahide Laws Passed by Congress Are For Beheading Of Christians

Source: Venezuela Is Out of Food: Here’s What an Economic Collapse Looks Like

Now you have a source to use in any case. SAVE THIS and share.

2. Massive Fraud in the Court – Case Reveals Breakthrough for The People
http://clicks.aweber.com/y/ct/?l=DrQ1g&m=3X2byFNrHfZ0gLD&b=JdxvxVyoUTlOpdAe8oIduQ

3. If You Don’t Live in DC – Why Are You Even Dealing with the Fed Courts and Their Agencies?
http://clicks.aweber.com/y/ct/?l=DrQ1g&m=3X2byFNrHfZ0gLD&b=vvpdAMPYmvXv9tobCK.9xA

4. EVERY Private American Better Learn This Before It’s Too Late
http://clicks.aweber.com/y/ct/?l=DrQ1g&m=3X2byFNrHfZ0gLD&b=ExZBKKpsCOWHaadNVJMLXg

5. Simple OPT OUT Is All It Takes!
http://clicks.aweber.com/y/ct/?l=DrQ1g&m=3X2byFNrHfZ0gLD&b=lb4okPIx6eLFPq0GmBZ4cw

6. The Biggest Hoax on The People is About to Be Revealed!
http://clicks.aweber.com/y/ct/?l=DrQ1g&m=3X2byFNrHfZ0gLD&b=6WabiiCLivZssd7PKZCP0g

7. and even more articles have been posted at –
http://clicks.aweber.com/y/ct/?l=DrQ1g&m=3X2byFNrHfZ0gLD&b=PRlvK917nBfnA6CpYY_GfA (click on BLOG)

WARNING – You may not rest well with all this new excitement; which will spread.     Please share.

Anna von Reitz
.
I have been asked to summarize this issue many times, so here it is in the proverbial nutshell.
.
The problem is that privately owned for-profit corporations under contract to provide government services have misrepresented themselves as the government and used that presumed position of public trust to defraud us, enslave us, and levy false claims against us and our assets in the foreign jurisdiction of international commerce.
.

The misuse and abuse of “birth certificates” and their misrepresentation as “voluntary private contracts” has led to the literal enslavement of hundreds of millions of people worldwide almost a hundred years after slavery was universally outlawed. These issues of economic slavery and “slavery via corporate proxy” must be addressed and the mechanisms used to promote this abuse must be dismantled.

The registration of live births in America and throughout the former British Empire, most of Europe, and…

1. Look up the Public Laws governing Citizen’s Arrest in your state. Get ready to use them.
2. Now, let’s pretend we set up a system of “naming conventions” such that the following rules apply: 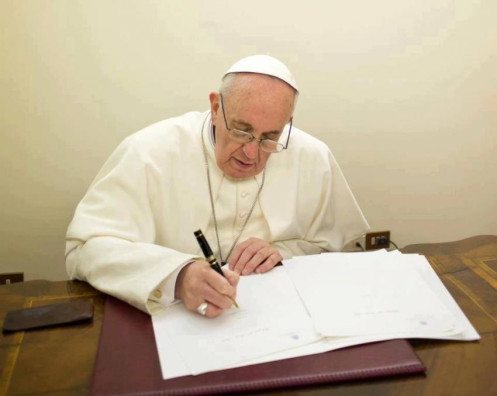 The Vatican created a world trust using the birth certificate to capture the value of each individual’s future productive energy.  Each state, province and country in the fiat monetary system, contributes their people’s credit value to this worldwide trust identified by the SS, SIN or EIN numbers (for example) maintained in the Vatican registry.  Corporations worldwide (individuals became corporate fiction strawmen through their birth certificate) are connected to the Vatican through law (from Vatican to Crown to BAR to laws to judges to people) and through money (Vatican birth account credit values to IMF to Treasury (Federal Reserve) to banks to people (via loans) to judges (administration) and sheriffs (confiscation).

Judges administer the birth trust credit account in court matters favoring the court and the banks, acting as the presumed “beneficiary” since they have not properly advised the “true beneficiary” of their own trust.  Judges, attorneys, bankers…

From its founding, America’s legal system was built upon natural law defined by John Quincy Adams as:

“The laws of nature and nature’s God … of course presupposes the existence of a God, the moral ruler of the universe, and a rule of right and wrong, of just and unjust, binding upon man, preceding all institutions of human society and of governments.”

For America’s first century, Blackstone’s Commentaries on the Law, which reflected God-given natural law, heavily influenced the education of lawyers.

But within a century, academics would begin to undermine this system. Their preference was a legal system based on relativism. Applied to law, it’s called “positivism.”

The five major points of positivism are: