A man was recently found dead in a hunting cabin, at age 61…from an “apparent” heart attack….he had no heart issues…….These types of deaths are happening 24/7 and are murders, not accidental deaths…….They will attack us in many ways, then when we die, make it sound like there was something wrong with US…. […]

It is suggested that Oct 31, 2019 marks the start of a process scheduled to complete by Dec 10, 2019. In other words, globalists may attempt to finalize world domination and usher in the anti-christ, after which life could get very ugly.

I highlighted key elements to warn of possible danger ahead.

31:49 mins
Keep in mind three important aspects with regards to Angelina Jolie
1] she is currently the UN’s peace or goodwill ambassador
2] she is in a position to deal with governments and military but is sitting quietly for now 3] she has a tattoo of a Bengal tiger on her back [I Pet Goat II animation significance]

42:28 mins
If war is about to break out between two conflicting parties and Angelina Jolie becomes a mediator between these parties then know the time of our departure and time at which the dead will be resurrected are possibly hours away.

42:50 mins
It looks like a false flag attack on Mecca is planned to coincide with the announcement of Trump’s deal of the century or very shortly thereafter that could lead to great destruction on earth not only through nuclear weapons that will be used but the dead that will be raised back to life. [The dead or clones? Doreen] 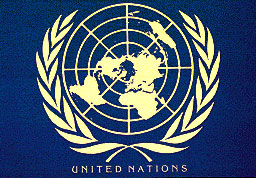 The Rothschild-operated PG&E Corp. is preparing to declare bankruptcy after … The post Rothschild-Operated PG&E: CEO Resigns, Company to File Bankruptcy Due to California Wildfire Liabilities appeared first on Monitoring the Planned Poisoning of Humanity.

via Rothschild-Operated PG&E: CEO Resigns, Company to File Bankruptcy Due to California Wildfire Liabilities — Monitoring the Planned Poisoning of Humanity

the first to propose a solar generator in space that will beam RF waves down to a receptor site and convert it to DC current. We have changed our receptor site from the Mojave desert to Sebastopol