Patriots for Truth Yellow vests powerfully raise awareness for the people ‘however’ esigning the Convention of Consent, which is a legal document for the courts, is a MANDATE from the majority of the people to which government must comply. Doreen Voices of the American Intelligence Media https://patriots4truth.org/2018/12/17/planet-wide-sos-from-canada/ I re-posted my comment at Patriots4Truth in case […]

via PLANET WIDE SOS FROM CANADA — OUR GREATER DESTINY 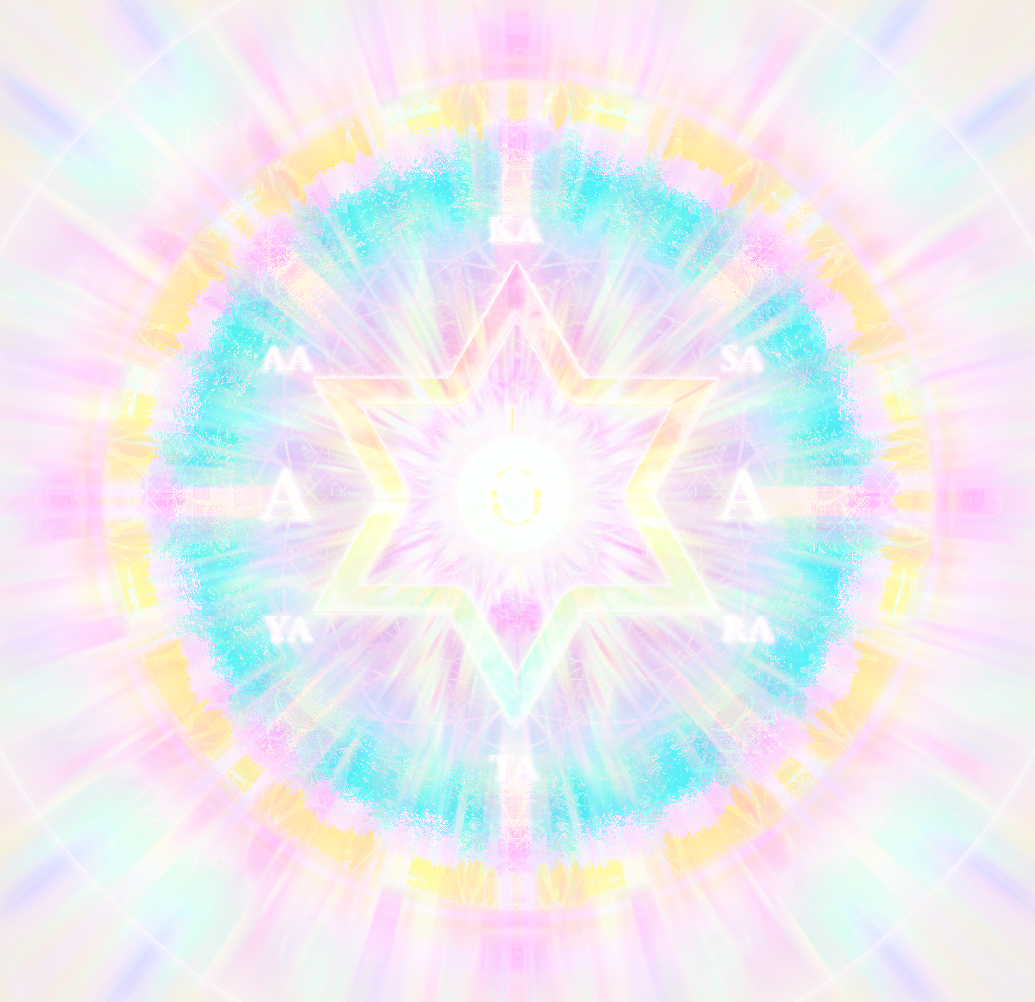 This is not to create bias or withdraw one’s love and compassion, when observing people that exhibit untrustworthy behaviors through weak moral character. When we see untrustworthy behaviors in ourselves we want to apply loving forgiveness, as well as commit to heal our weakness through strong character development. As we identify trustworthy attributes inside ourselves we gain immense self-trust, which helps us discern the levels of trust that are appropriate to give to others.

The purpose is to make improved choices about where one chooses to place trust with others and how to build strong moral character and thus, build trustworthy attributes in the self.

In the New Age movement there is a common language used to shape belief systems, which generally promote delusional fantasies about the nature of reality. This is done through the denial of one’s personal responsibility to recognize the difference between perpetrated deceptions and authentic truthful behavior. These attitudes reinforce weak character development with low moral values in those communities.

Previously, this issue was discussed here Shifting Foundation of Identity, Update for 2014 about discerning between the intelligence of light and dark without bias, such as in “saying the car is the color red”. To factually call the car the color red is not a judgment, it is describing an attribute of the car. This is to make a distinction between a judgmental bias as a description, and factually stating the color of the car. If a person says, “the car is red and that is bad”, well that is a judgmental perception. If a person says “the car is rainbows” and it is really red, that person may be pathological or delusional.

The changing foundation of people’s life during the Ascension Cycle will radically alter people’s perception of reality and their capacity to trust. This is the time for greater discernment and yet, going even deeper to be as the compassionate witness.

Many people are afraid to own up to actual events with factual statements because in the New Age movement, people will react by telling them they are being judgmental. Our goal is in making an accurate assessment of character, to better discern the conditions present, rather than making judgments which assign a good or bad value system. As in the car example, stated factually without bias it is not good or bad that the car is “red”, it just is what it is. To evolve beyond base ego drives and instinctual addictions from controlling our bodies, we must identify the difference between the weak moral characteristics of Imposter Spirit (darkness, deception, ego, etc.) and the strong moral characteristics of the truth spirit (eternal self, transparent, Krystic values).

In the New Age movement, there are evasive manipulation strategies in the “throwing around” of terms that we all recognize and resonate with, such as “unconditional love”, “unity” and “ego does not exist”. Many times these terms are used seductively by forceful personalities looking to forego personal Accountability to their actions, and easily continue to promote deceptive belief systems, in order to gather flocks of admirers or followers and to reinforce self-entitled delusions.

Unfortunately, if a person is not grounded in a strong ethical character and moral fabric before entering the New Age consciousness belief systems, most all of these terms are misused and abused in order to perpetrate deceptions, manipulations, predator behaviors and exert control over good intentioned, heart based, unaware and innocent people. Many of us in our community know this and have suffered through the learning experiences of great betrayals of trust, while listening to the superficial flowery words with no substance or meaning behind them. These are of course the unchecked negative ego behaviors, which influence low moral conduct.

Across the board in every life experience, whether a self-proclaimed “spiritual person”, an ascension guide, a spiritual guru, raw foodie, green earth activist, banker, lawyer or accountant, whatever the personality, we will find the same common Negative Ego themes potentially present in all human beings.

Strong character is established by the conscientious adherence to moral values, not by words made in lofty rhetoric or with good intentions. Another way of saying that is, building strong character is ethics in action and demonstrated in personal conduct every day.

When we assess situations and discern for trustworthiness, it is wise to look at the personal characteristics of the people involved as well as discern the ethics (virtues) that are highly valued in the organization or group. In most situations, however, when we are talking about a person’s character we are referring to the sum total of his or her moral qualities, possibly balanced against his or her imperfections (imbalances). To say a person has a solid moral character does not require that they are perfect, however, it does mean we feel this is a solid person worthy of our trust.

So when we say someone has strong character we are expressing that his or her nature is defined by worthy traits like integrity, courage, and Compassion. People of strong moral character are guided by ethical principles even when it’s physically dangerous or detrimental to their careers, social standing or economic well-being. They do the right thing even when it has a personal cost.

Be honest • Don’t deceive, cheat, or steal • Be reliable, do what you say you’ll do • Have the courage to do the right thing • Build a positive reputation to be credible • Be loyal to those who have earned your trust.

Treat others with respect, follow the Golden Rule • Be tolerant and accepting of differences • Use good manners, not bad language • Be considerate of the feelings of others • Don’t threaten, hit or hurt anyone • Deal peacefully with anger, insults, and disagreements.

Do what you are responsible for • Persevere and never give up! • Always do your best • Use self-control • Be self-disciplined • Think before you react and consider the consequences • Be accountable for your words, actions, and attitudes • Set a good example for others.

Play by the established guidelines • Take turns and share • Be open-minded and listen to others • Don’t take advantage of others • Don’t blame others carelessly • Treat all people fairly.

Be kind • Be compassionate and show you care • Express gratitude • Forgive others • Help people in need.

When we cultivate our physical self and personality to be disciplined and to build strong moral character, we are building the physical foundation to be strong enough to house the higher attributes of Christ spirit. If our body and mind are morally weak, they are also physically and energetically weak. These physical and energetic weaknesses translate into low moral character in most humans who are not aware of the Archontic Deception promoted as a value system. Since many humans are not taught to develop strong moral character, the mind and body are increasingly weakened when we are easily made consensual to low morals and low ethical standards. Many people cannot tell the difference between high ethical standards and low ethical standards, as they are mind controlled through religion, gurus or other control mechanisms.

We are so desensitized to what has become the norm, that we must put focus on the study of strong moral character, ethical conduct and demonstrating an exercise of these higher human traits in our day to day.

A strong moral character is the physical ballast and is directly related to the capacity of embodying the personal virtue (frequency) created by the Spirits of Christ. So we could think of the physical body as the practical reality of grounding into our being a strong moral character in our actions every day, while the spiritual-energetic body expands relative to one’s ethical conduct. Together, this focused mind-body partnership attracts the higher virtues (spiritual gifts) of the Spirits of Christ. This is the key to embodying the Spirit of Christos while in a physical body.

Trustworthy behavior is modeled in the ethical conduct we observe in people with strong moral character. Strong moral character in partnership with placing value on the ongoing spiritual development of krystic attributes manifests emotionally stable, consistent, balanced, loving, compassionate and peaceful people. When our community places value on these moral characteristics as an inspired goal for self-improvement, this creates an invincible strength when the group is unified within community consciousness.

This is the exact reason this community is tested continually to strengthen itself through its individual members, by determining what they truly place value upon. If together we place our dedication to the strengthening of our group moral character in partnership with the Spirits of Christ, it is very hard to interfere with our influence on the earth. This is our highest expression and inspiration here and is the trusted value system of the Law of One.

To break strong moral character from building in our group, to break apart trust and confuse issues of trustworthiness, a person of low moral character will reveal itself and create dissent. A low moral character that practices unethical behavior cannot embody the Christ spirit. It can only replicate what it can memorialize, as the impostor.

It is important to witness this neutrally and understand why it is occurring, as it is a valuable lesson for all. This is not to create bias or withdraw one’s love and compassion towards observing people that exhibit untrustworthy behaviors through weak moral character.

This is to make improved choices about where one chooses to place trust with others and how to build strong moral character, and thus build trustworthy attributes in the self.

We have expanded on untrustworthy behaviors modeled in people with weak moral character, in order to comprehend the relationship between low moral character and the Negative Ego, through its main filters; egotism, Narcissism and Psychopathy. The purpose of promoting egotism and narcissism (i.e. alpha male, tyrants) as a positive traits in society is purposed to maintain low moral character and unethical standards as acceptable characteristic behavior in human beings. This is an Archontic Deception Strategy which can be accurately identified, so that when we see it working to influence our environment, we can change the course of its direction.