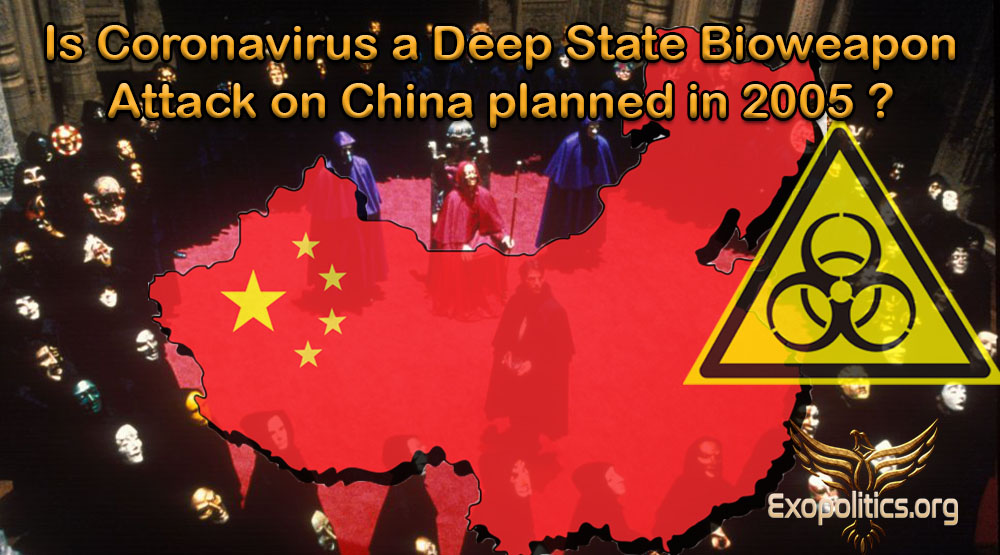 In an interview and letter made available in 2010, an anonymous official within the City of London revealed a secret plan supported by high-level Masons to support a biological warfare attack against China designed to cripple its economic growth and growing military power. The biological weapon was to be part of a timeline of both […]

via Is Coronavirus a Deep State Bioweapon attack on China planned in 2005? —

America is pushing for a shooting war with Russia over Syria. Though the US is unlikely to support Turkey against Russia and Syria, eventually America’s illegal enclaves in Syria will be addressed, first by a popular uprising now taking root but military action will follow. This military action by the US will be like nothing […]

Originally posted on Rose Rambles…: Editor’s Note: (Thanks E!)This is an interesting statement, and to be frank, I buy into this argument if only for the reason of knowing how the Dark operate here on Planet Earth. One of their tools to promote FEAR (False Evidence Appearing Real) is to limit and remove existing thoughts…

Source – geopolitics.co – “…The United States Geological Survey has been, for decades in the 20th century, mapping the precise locations of rich mineral deposits on every continent around the globe for future commercial and military extractions. This has been the guiding motivation why regime change operations are conducted in multiple countries all at the […]

via SHADOW GOVERNMENT: The Impending Fall of the Deep State is Now Undeniable — RIELPOLITIK

Ordinary Americans can organize and win By Philip Giraldi • Unz Review • September 24, 2019 During many years of writing about or describing the terrible damage that the “special relationship” with Israel has done to the United States the question occasionally comes up “Given the enormous power of the Zionist lobby, what can we […]

via Fighting Back Against the Israel Lobby — Aletho News

Some foreign governments are waking up the fact that the US has some very dishonest and criminally calculating individuals within its DOJ, FBI and other Deep State government agencies. It’s time for US courts and agencies to do the same. Earlier this week it was reported that one of the leaders in the DOJ for […]