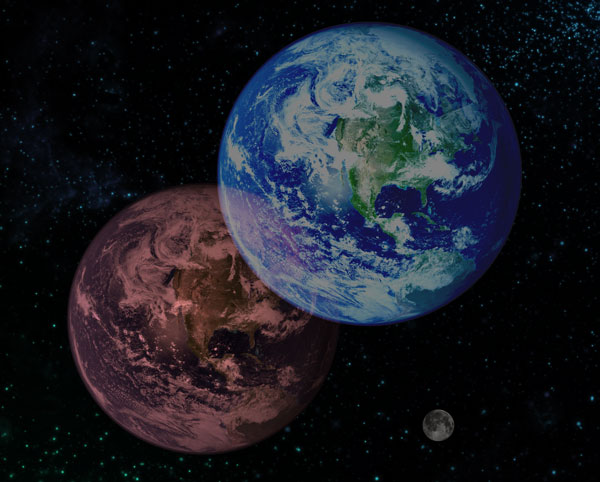 In the world’s religions and practice based spiritual traditions, at the higher levels when a complete life commitment has been secured, a type of theological turnaround is often introduced.  All the ascending aspirations toward cultivating virtue and purity are cast aside as naive beginner level beliefs for the masses, to be replaced by the highly secret and real accomplishment, which is to hold onto spirit while breaking all the rules and precepts of the tradition. This is often posed as a challenge for the spiritual adept, that to see God in goodness is only half the path, but to see God in darkness is believed to be where you gain real spiritual power.  Of course, the true intent is to move someone from the ascending path to the descending path with their full consent and participation, to be bound and siphoned by parasitic forces. In occult traditions based on increasing personal power, this descending path is often the starting point.  This is called the left-hand path and is used by the NAA through deception, to create consciousness traps and the Baphomet fields are used against humanity to block ascension.

Although most left path occultists and atheists are told that Baphomet is nothing more than a symbolic representation of the Universal synthesis of polarities, the alchemical process unifying light and dark that occurs during the Magnum Opus or spiritual ascension, this innocuous depiction is a grossly inaccurate deception. It is accurate to say that in the co-existence of light and darkness, life and the death passage are ultimately two sides of the same spiritual coin that are inseparable from each other in this matter realm. However, this basic awareness of the Natural Laws that include the cosmological understanding of Dualism, the Law of Polarity, as represented in the Baphomet Deception, is precariously incomplete without the comprehension that humanity is also actively enduring a consciousness war involving intruding groups.

Humanity must learn the mental discipline of controlling impulses that lead to thoughts and feelings, as well as directing the focus of where we place our attention. The higher dimensions are subjected to the Natural Laws, where forms of thought create energetic alignments that synchronize with the trinity waves and thus, lead to instant Manifestation.

Manifestation occurs by using focused thought substance, the raw materials energized by our emotional bodies natural state when we feel the joy of creating, which is the inspiration of vital forces. Developing control over our mind is the critical factor in our ascension and transformation process. The skill set of directing our attention is necessary in cellular Transfiguration, in order to experience these higher realms of co-creating and manifestation within the trinity wave architecture that is connected to the Christos. Hence, human beings are getting the quick study of learning the art of manifestation in the current terrain of rapidly changing architecture. And this is not a basic course study my dear awakening friends. This is going from kindergarten to master or graduate level, in a very short time frame. And on some days this earth school curriculum can be quite tough!

The current culture wars are using aggressive mind control tactics to purposely attack Individualism, Autonomy and Self-Leadership, to cultivate a generation of non-critical thinkers who automatically follow collectivism, coercion and blind obedience to another level of global tyranny. The problem, reaction, solution stage is being set, pushing for another round of cultural Marxism or socialism instigated from the World War era, designed to fulfill the satanic collectivist nightmare of the New World Order.  As more awakening people choose to become public figures to help guide the paradigm shift, they need to become aware of their sphere of influence and recognize that they have become a leader by default. With whistleblowers, independent journalists, disclosure teams, experiencers and spiritually awakening people are acting as the main platforms of relevant news dissemination of ongoing planetary events, it is easy to see why cultivating self-leadership is important. The spiritual-disclosure-ascension communities are plagued by psychological warfare tactics to incite meaningless dramas that confuse and derail those thrust into the leadership by default position.  Given the current escalation in war over consciousness, how do we more deeply understand Individualism, Autonomy and Self-Leadership? How do we recognize the NAA playbook and pressures being exerted, while staying focused on full spiritual embodiment, capable of travelling freely on multiple dimensional planes, where autonomy and freedom are the natural state of existence for the eternal living spirit?

Humanity is currently enduring a powerfully transformative phase in the planetary dark night of the soul, which has generated deep divisions between many societal groups as a result of the socially engineered culture wars. The culture wars are a planned psychological warfare tactic used against the population to attack concepts of Individualism, Autonomy and Self-leadership, designed to demoralize the public into class struggles that generate more victims and victimizers. Demoralization tactics attack our mental body and distorts our mental map, so that we give up our personal autonomy and capacity for self-leadership, not believing in our own innate abilities to co-create a fulfilling and meaningful life for ourselves. Dehumanization tactics are attacks made against our core soul essence, distorting our minds into believing that humans are not worthy of humane treatment, leading to increased violence, war crimes and genocide. As a result, many people have been conditioned to dehumanize themselves, believing they are worthless, and thus easily give up their personal right to express Individualism, Autonomy and Self-leadership. These are human rights that are protected in the natural laws, and when we live in alignment to natural laws, our divine right to express our authentic spiritual nature and true self becomes increasingly evident as we spiritually awaken.

The acceleration of the culture wars also reflects the global war over consciousness that is occurring in the macrocosm at the planetary, galactic and Universal levels. The intensifying culture wars manifesting in the outer physical reality are a direct reflection of the intensifying events occurring in the war over consciousness, the spiritual warfare that is happening in the inner non-physical realities and within many of the invisible realms. The spiritual war is being waged at the end of the ascension cycle to attempt to enslave the human body, human mind and human soul, in order to strip individuals of their divine rights of personal autonomy and to hand over their consent to the Controller’s or False Alien Gods, who then have full authority over the consciousness of that individual.

In the center of this chaotic struggle for full spectrum dominance, the primary goal of the Controllers is to continue to push for the centralization of their global control efforts through the manipulation of these culture wars into a fragmented assortment of class struggles. The culture wars are based on problem, reaction and solution, a mass marketing and propaganda effort for selling a structure of society to the people. In this case, in order to get them to believe that the power elite want to enact a world centralized government that intends to equally serve the working classes of the entire global population. Essentially, this is the same flavor of the Black Sun satanic ideology that came from the German philosophers of the late nineteenth century, leading into the World Wars, which slaughtered untold multiple millions from the promotion of these same class struggle ideologies. These class struggle ideologies are the basis of collectivism and eugenic theories, which fundamentally make up atheistic forms of socialism and communism. These are easily corruptible governmental structures that fully support victims and victimizers, where there are absolutely no protections for personal liberty or individual freedoms. Individuality and the ranges of unique group expression are not recognized as a valid identity in one centralized power governing a global controlled society and thus, Individualism, Autonomy and Self-leadership are not respected or allowed to be expressed under its oppressive tyrannical social control. According to collectivism ideologies like communism, an individual’s life is not their own, but belongs to the social group and has no rights except those which that society permits him to enjoy.

In order to route groups of people to become identified with the class struggle ideologies and behave as victims, it is imperative to not treat people as individuals or responsible for their own behaviors, but to lump them into marginalized collective groups with a similar belief system in which they can ego-identify. Thus, the person considers himself as ego-identified with an oppressed smaller group enduring a class struggle, unable to think beyond classifications and see the unique individualism that exists in all people that are ultimately connected within one unified group of humanity. This myopic strategy also acts as a cover up for the global enslavement agenda, because that person is unable to connect the dots to comprehend the larger picture of global slavery that is being enforced by the Controllers. Only focusing on the smaller details of their group reality bubble and the conflict inherent in their ego-personalized belief systems, serves the controller agenda as these groups many times conveniently assign blame to others.

The Controllers make up a small minority of the global population. When the smaller power group wants to control the rest of the population, all decision making and policy making has to become centralized. This is the power elite’s main ideology for systematically destroying the autonomy that exists within nations and in people, in order to create the collectivism inherent in the New World Order. Engineered culture wars are used to incite intense conflicts between an assortment of social groups and classifications, in which the people use to identify with different ideals, beliefs and philosophies. To weaken a powerful group or nation the goal is to infiltrate the culture, destroy traditions and historical records, and promote conflicts into greater division in order to continually spread confusion and misdirection into violence. The invasion happening in Europe to destroy the historical records and the existing culture of powerful cities and nations reveals this tyrannical strategy very clearly. When targeting an opponent that is powerful because it is large and unified through a common ideology, the entire group is more easily defeated and controlled by separating them from one another or separating them into smaller units. Separation into ever smaller group units is achieved through classifications for race, color, political party, sexual orientation, atheists or religious, and so forth. When the separation of groups into smaller units is successful, the attack is then directed on their common bonds of unity. This is to splinter the group itself to further create division and then hijack the group to centralize its level of control. Seeking to confuse the group with fear and misinformation so they will not know which way to turn, what to expect or whom to trust, collapses the group from within and thus destroys their power and influence. Continue…